The word of the week for me this week has been coincidences. Sometimes the strangest things can happen. Have you ever thought about someone and then received a call or text from them? Or thought about a song, and then heard it played on the radio? My other half calls these occurrences a ‘glitch in the matrix’. Put it down to the universe, law of attraction, or luck. But sometimes the strangest coincidences occur. 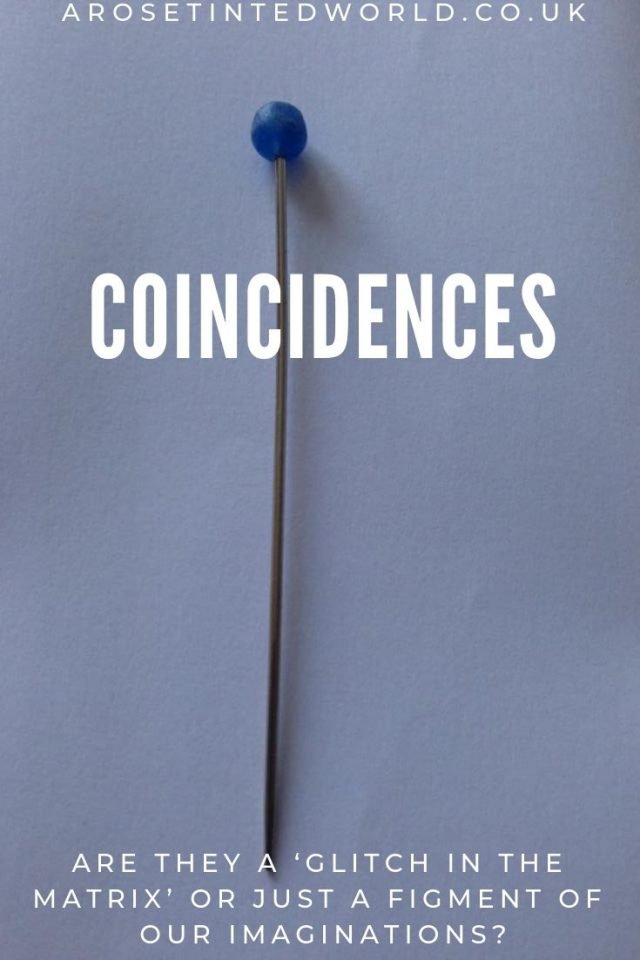 This last weekend, one of my best old friends from school had a wedding party. And several other old school friends were there, people that I hadn’t seen for a few years. Together we spoke about some of the people that we had lost touch with over the years. I must admit, my mind did turn to one particular friend, who I sat next to in my A level groups. I wondered what had become of her, as sadly we had lost touch in the early 90s. In an age pre mobiles, email and Facebook, it was difficult to stay in touch with everyone.

Except… today I bumped into her! What a strange coincidence.

A Glitch In the Matrix?

As a scientist, I inevitably try to debunk these coincidences. I am a bit of a believer in making your own luck. A brilliant book called Quirkology by Professor Richard Wiseman even calls such happenings as winning ‘the coincidence jackpot’. He likens it to the national lottery, where millions of people are playing, and one person by chance wins.

In a world where millions of use move around and interact each day, there are bound to be surprising coincidences, weird happenings that we may take as evidence of the paranormal, but actually are just down to trillion to one chances.

However, I still find this does not fully explain one of the biggest coincidences that I have ever experienced.

What Are The Odds?

One of the strangest things that ever happened to me happened just over 5 years ago. Whilst I was on a girly weekend in Madrid with some of my best friends, one of them had a large black hat that really didn’t want to stay put. It flopped all over and she couldn’t see a thing. What she really needed was a hatpin.

As you do, we walked from our hotel to the Prado for some art spotting entertainment. (Honestly, if you ever get the chance to go, please do. The chance to see “The Garden of Earthly Delights” by Hieronymus Bosch in person is alone worth the admission fee.) And as we crossed one of the roads, with their wild horn-tooting Spanish drivers, something caught my eye in the gutter. My friends yelled at me to not get run over, but I stepped back and picked it up.

It was a hatpin. A long silver needle stem with a blue bead at its head. A bit bashed, slightly beaten. But nevertheless the hatpin that my friend needed. What were the chances? And who in this day and age wears hatpins anyway?

My friend with the hat put it down to her good luck. She does have a real lucky streak, it must be said. But I could not get over the fact that I had found it. On the very day that we needed it. That in itself was a massive coincidence.

But a bigger coincidence still? Even though I hadn’t met him yet (we met 2 months later) I realise that I had found it on my other half’s birthday! A glitch in the matrix? I leave it to you… 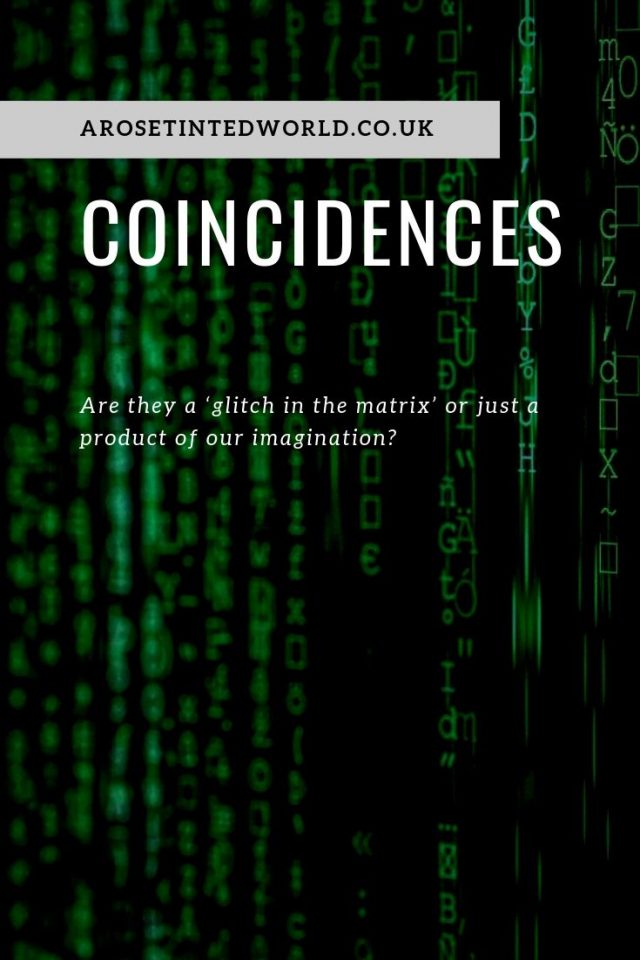 8 Replies to “Coincidences (Are They A Glitch In The Matrix?)”