My little one is turning 3 very soon. Which is great except for one thing – she hasn’t started using the potty yet. We have tried, but she just doesn’t show an interest. I tried over last summer and just before Christmas, but she wasn’t even telling us when she needed to go, so I gave her a little more time. Why does my toddler not want to toilet train?

Why Does My Toddler Not Want To Toilet Train? 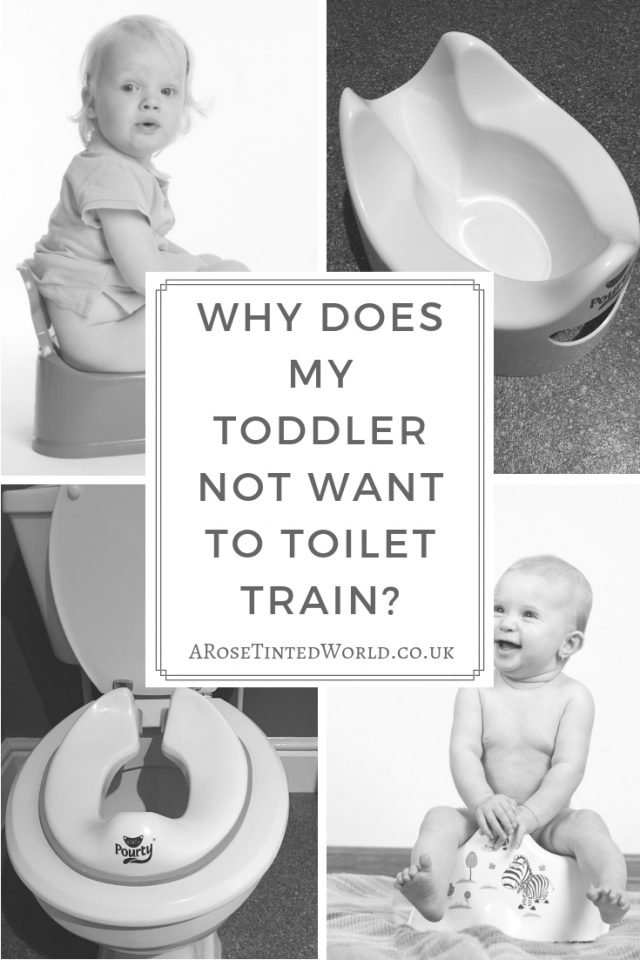 I’ve bought the works. A pretty potty, a toilet training seat. The washing hands step has her favourite “Frozen” characters. My little pony knickers. Even training pants – at £5 a pop. Still not really much interest. We had a few successes over summer (and gave massive praise) but then it all kind of went backwards.

I had always read that the best time to start potty training is when your child can tell you that they are about to need a wee or a poo. Usually this is when the child is over 2, as under this age the muscles around the bladder and rectum aren’t developed enough to be controlled. If a child shows interest in using/flushing the toilet and can communicate that they need to go, then that is a great start. They may also fidget more. Here are the three major signs to look for.

E never tells us when she goes in her nappy. In fact I would go so far as saying that she is in actual denial when she does poop!

So – what if they just are not showing any interest? I asked a few friends their advice.

Put Them on The Potty Just Before Bath Time

Was the advice given to me by one of my closest friends. And she usually gives brilliant advice. It may work for you. But it did nothing for us. We have always let E see us using the toilet, as this is supposed to help her to encourage her to go too. But she did nothing in the potty. In fact, we probably had more accidents in the bath than we’d had before!

This was another popular piece of advice. And why we chose to try last summer, as it’s obviously cold around the nether regions to be running around the house with nothing on in winter.

A teacher friend of my gorgeous OH actually advised that we close the baby gate and keep the potty and E in the living room all day with no nappy to make sure that she got the point of the exercise! She didn’t get the point. Just ignored the potty and we had lots of accidents!

If this is a success, it is worth then moving on after a few days to letting your little one have knickers or training pants on, to get them used to pulling these up and down too.

Do You Need The Potty?

Every 10-15 minutes I asked this. To be told no. And then accidents still happened in our house. Again it may work for you.

After I’d tried this for a couple of hours, I then moved on to trying to sit E on the potty every 15 minutes. This had mixed results. If she did anything in the potty, we celebrated like mad.Some people suggest a reward chart or rewards. However, more often than not my stubborn little girl would rather refuse to actually sit on the potty at all. At which point it does defeat the object of the exercise.

Rewards For Doing Pees and Poos

One friend told me that the only way that she had got her twins to potty train was to supply chocolate and kinder eggs with toys. You could even bypass the chocolate and go straight to just giving a toy for every successful toilet visit. It is important though to not mention the toy beforehand as a ‘bribe’ but to give the toy afterwards as a reward to reinforce positively the good behaviour.

I actually never tried this, wasn’t sure it would work.

We haven’t actually tried this one. We have encouraged our LO to use the toilets when out and about. But it is also good to take your child’s potty everywhere you go. Stay consistent in the approach. Even if it means going in a lay-by on the motorway.

Have an Older Child Show The Way

We are quite lucky that my brother has a little girl who is 4 months older than E. When my little girl sees her cousin go to the toilet, she does show an interest. Maybe this will grow a little over time. The only unfortunate thing for us is that an older role model isn’t a constant around our house. We see her cousin every few weeks and not so regularly. But I am pretty sure that having an older child around would certainly help.

Never Force The Issue, Or Shout At Your Child If They Have An Accident

This is pretty obvious, but I do think it needs pointing out. We can often shame our little ones without meaning to. And forcing the issue or being annoyed when accidents happen will make the child really not want to use a potty at all.

And this may be one of my biggest problems. Our little girl goes to nursery 3 days a week, with days off with me in-between. They haven’t really been helping her to train at nursery. So I don’t feel that we are being consistent enough in our approach.

So What Am I Going To Do About My Toddler Not Wanting To Potty Train?

At the end of the day, all I can really do is keep trying all the above techniques and hope that eventually something clicks.

Why Does My Toddler Not Want To Toilet Train? I know I shouldn’t compare with others but obviously I will do. And some people have rightly pointed out that it is better to start when she is ready than try to rush it and have accidents.

The final word goes to my Mum. As she said the other day – “She won’t be going to high school in a nappy, so relax. She will just get it when she gets it.”

Maybe for the time being I just need to chill a bit.

– in just one week we had a complete turnaround. She had obviously been asking a lot at nursery to go to the toilet with some of the other boys and girls, so they asked us to supply a load of changes of underwear, pants and socks. Within a week she was going for both pees and poos on her own initiative. Yes, we still get the odd mishap, and we haven’t done a long car journey yet (pack that potty for roadside), but yay to being dry all day.

Turned out the reward was a reasonable incentive. Now as soon as she does a number two, my little girl demands chocolate. And me being a dentist! The shame….

Just the nighttime to sort out now….

Enjoyed this? Why not read Why Is My Toddler Hitting Herself?

How Do I Get My Child To Brush Their Teeth

Why Does My Toddler Yell All the Time?

And Why is my toddler biting? 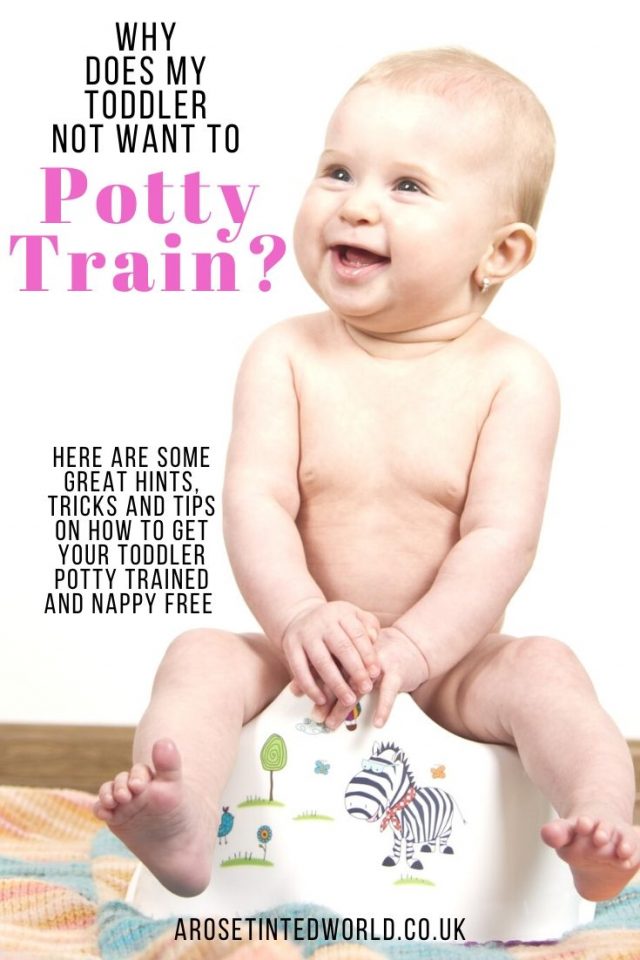 34 Replies to “Why Does My Toddler Not Want To Toilet Train?”