If you watched the Super Bowl on Sunday evening, you would have been as glued to the commercial breaks as much as the game. Not only are the commercials the most highly paid for few seconds of television per year, but they are the most eagerly anticipated. Who wasn’t thrilled to see the new Avengers film trailer? But there were a few commercials that left many a tongue wagging. And they were from Amazon. They left us all wondering…what exactly is the Alexa Beta Testing Program?

What Exactly Is The Alexa Beta Testing Program?

A host of top names including Harrison Ford, Forest Whittaker and astronaut twins Mark and Scott Kelly were all featured in commercials that were very reminiscent of ‘2001 – A Space Oddyssey’. Alexa opened – bathing the face of the stars in her signature blue light. Then announced that they were part of the ‘beta testing program’.

But what exactly is the Alexa Beta Testing Program? The question was still not answered. Even on Amazon’s website there is no real explanation. Just a teaser, saying that if you ask Alexa herself, she may give you a few secret hints into what the buzz is all about. There is a code given…

A beta testing program is when a sample of the audience using a program get to try out newly developed software and programs before they get rolled out globally. A beta test is thus a pre-release test to see if the new developments are likely to work.

Amazon even admitted that not everything makes it through the development stages.

So is the beta testing program a sign of some exciting new developments? We still don’t know!

You may be asking, what is Alexa?

Alexa is Amazon’s answer to having a personal assistant right in your home. Housed inside the Amazon Echo wireless speaker, you can issue voice commands to Alexa to play music, control items in your home that are connected to the system, shop and much more. Purely voice activated, all you have to do is ‘ask Alexa‘. 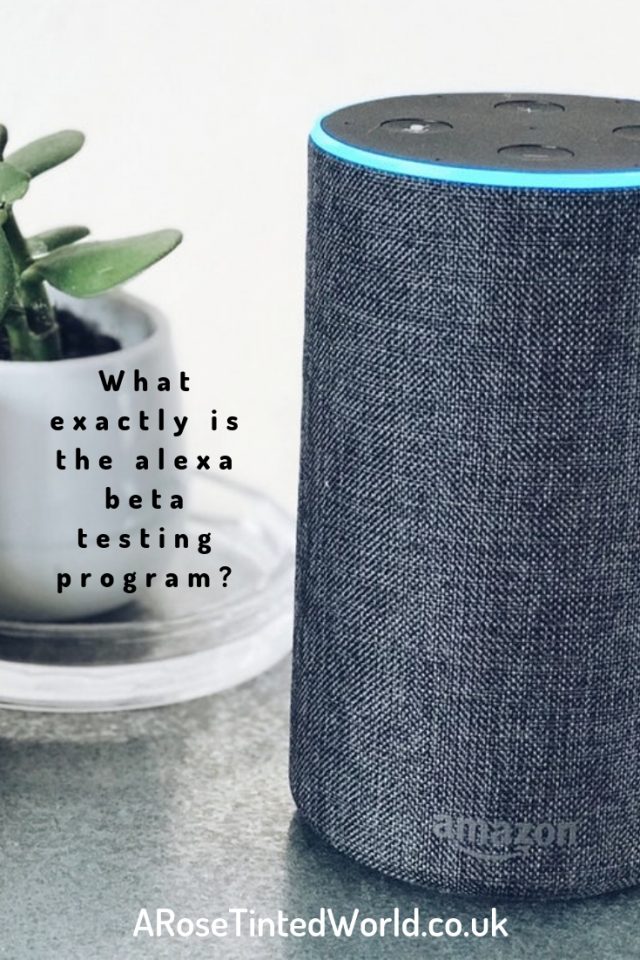 Furthermore, by adding ‘Skills’ to Alexa (a type of app for the system) you can get her to call a taxi, order a pizza or play a game. There are lots of skills available to download from various developers. Some are useful, some are fun, some just very throwaway.

Which is all very fine, but there could be a downside to all this.

The Alexa is constantly listening to conversations, waiting for the wake-up alert word. Does this mean that it is constantly tracking and thinking of what to market to you next? Probably. But only like Facebook knows which ads to show you. And how cookies are able to keep tabs on your every movement in the internet.

Lots of people think that this constant listening is an invasion of privacy. It is constantly collecting data about you. Should you inform people that visit you that they are being listened to?

And how much do you want to entrust to the new generation of artificial intelligence that we are inviting into how homes? I described Alexa as a personal assistant. The adverts have a very definite ‘Hal’ from 2001 vibe? How far away from that scenario are we becoming?

Anyway, I digress. Are we any closer to finding out the answer to the question? What exactly is the Alexa Beta Testing Program? Is it just a clever ploy by Amazon to sell more Alexas? Are there going to be some exciting developments in what Alexa can do in the near future? I just seem now to be asking more questions.

Maybe I should ask Alexa.

Love Tech? Read all about the Google Chromecast

And why not read my Ultimate Guide To What You Need As A New Parent & What You Don’t!

or  Declutter Your Digital Life. Lagom Your Life.

29 Replies to “What Exactly Is The Alexa Beta Testing Program?”