Our little girl really loves trains. Like most little ones, she is fascinated by the whole experience. We decided that her first train ride should be a special one. And so we took her to a wonderful attraction near us in West Yorkshire. The Keighley and Worth Valley Railway.

The Keighley And Worth Valley Railway 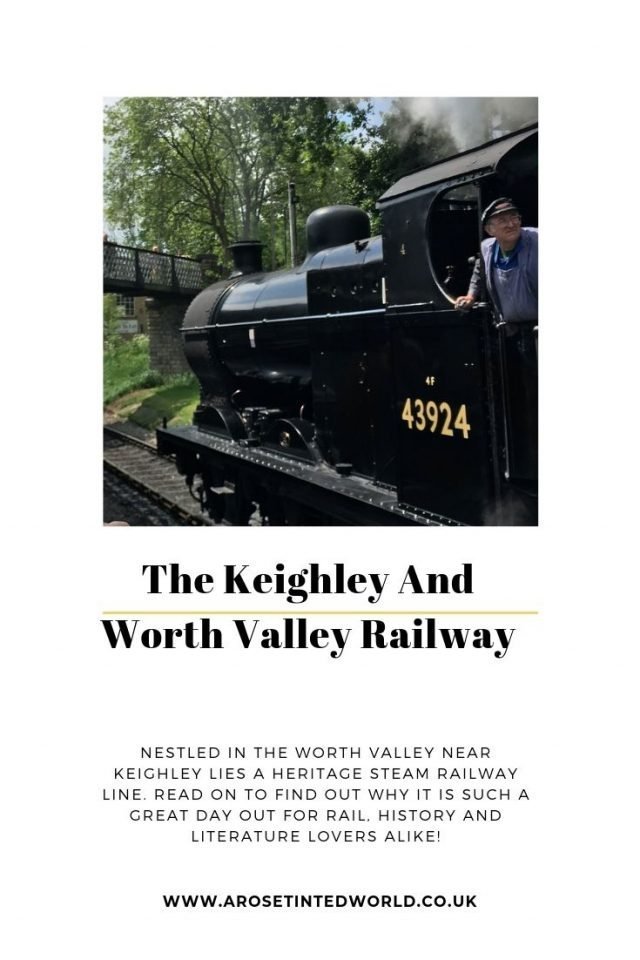 Nestled in the Worth Valley between Keighley and Oxenhope, the Keighley and Worth Valley Railway is a 5 mile long stretch of heritage railway line. Originally opened in 1867, the line was primarily built to connect 15 mills and 3 small towns in the valley to the main line at Keighley. British rail closed the line in 1962 as part of its network, but a group of enthusiasts bought the sites and continue to run the line as a preserved heritage railway system.

You can start your journey from Keighley Railway station itself. But there are also car parks at other places on the line. We parked at Ingrow West station.

The Age of Steam

There is something quite magical about a steam train. As we waited at the station, we could hear it before it came around the bend. An almost musical chuff-chuffing noise getting louder. And then the slowing of this noise as it glided into the station. 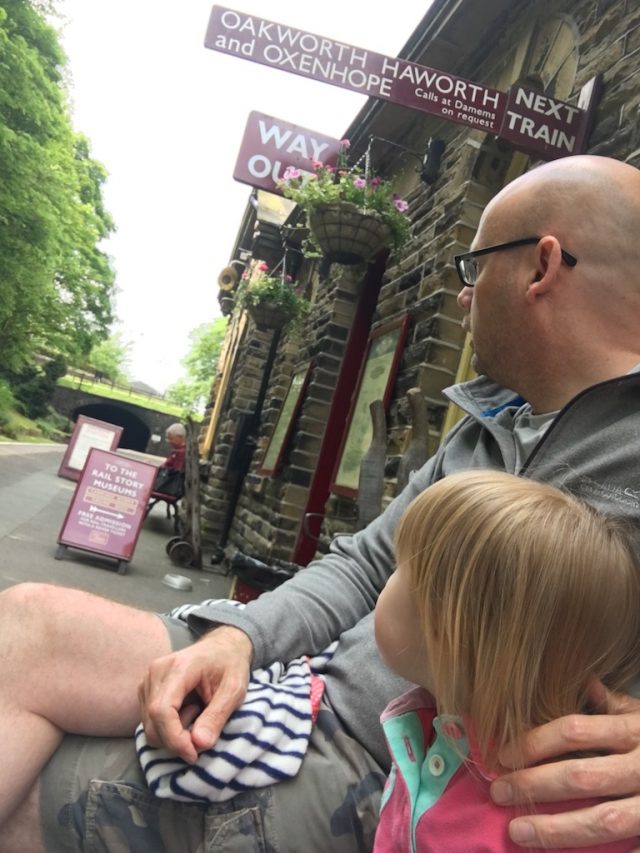 There are two tunnels on the line, and the train takes you through some very pretty countryside. But the star of the show is the sights and sounds of the traditional carriages and engines. The stops on the line also have their own particular charms. There is so much to take in.

Everyone who works on the system, be they volunteer or paid worker, have an obvious passion for the railway. They are also incredibly knowledgable about the engines you are travelling on and the places served by the line.

You can buy just a single one-way ticket if you like. However, we bought day rover tickets, so could jump on and off the train and visit all the attractions on the route at our leisure. Each of the stations on the route have something to see.

You save 10% by buying online before you go.

There are different timetables depending on the which day of the year you visit. So do check before you travel. 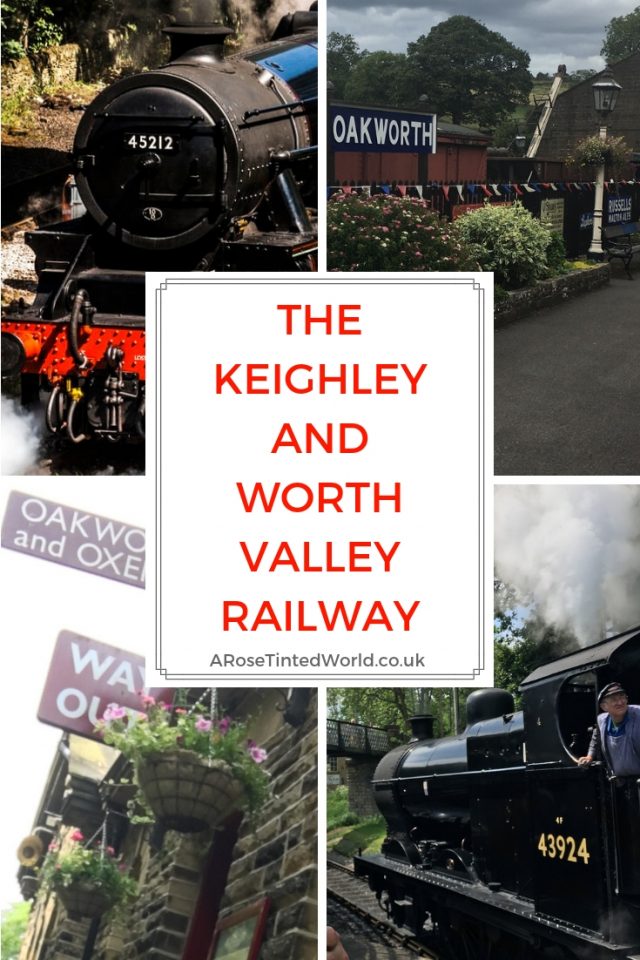 The Stations On The Route

Keighley station itself is a modern station, but the platform used for the Keighley and Worth Valley Railway has a 1950s look with a cast iron canopy that was common back then.

The town of Keighley itself is a busy market town with lots of shops. So is well worth a visit in its own right.

But also in Keighley is Cliff Castle, a house, museum and grounds with free entry. See this and other Bradford attractions in this post.

There were once two stations at Ingrow, but both fell into disuse and disrepair. The current station on this site was actually rebuilt brick by brick from Foulridge in the Colne Valley. It has wonderful period features in its ticket office, waiting room and even has an old fashioned high cistern toilet. 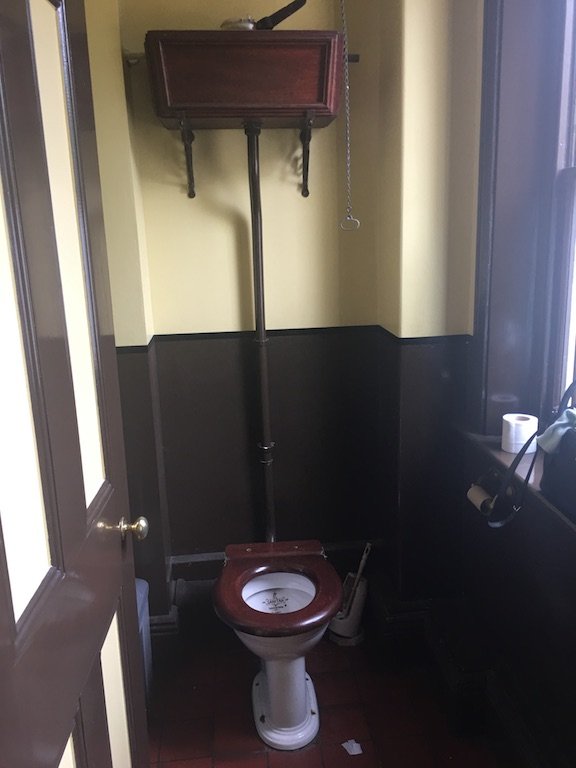 You can also find a small museum here, and lots on the history of the line. There are some restored Victorian and Edwardian carriages, and you can see what it was like to travel in 1st 2nd and 3rd class…

Damems is the smallest railway station in Britain, even though it still has a ticket office, waiting room and signal box attached. It is lit by gas lamps.

This stop has been restored to be a wonderful example of an Edwardian Station, complete with vintage advertising hoardings. It is lit by gas lamps and heated by coal fires in winter.

Think it looks familiar? It may be because this station was used in the Lionel Jeffries film “The Railway Children” in 1970. 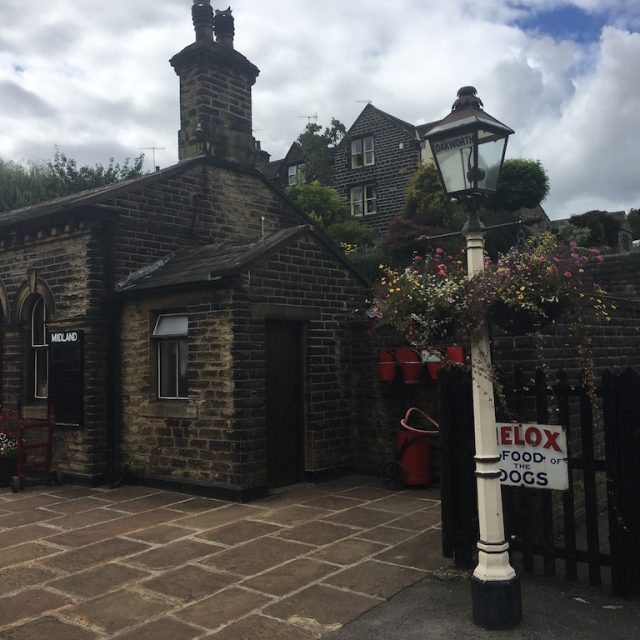 This stop is a perfect example of a 1950s railway station. On certain days and certain times, buses are available to take you up into the village. You can walk, but it is a very steep walk up to the top. Consequently, it is certainly not suitable for people with mobility issues. 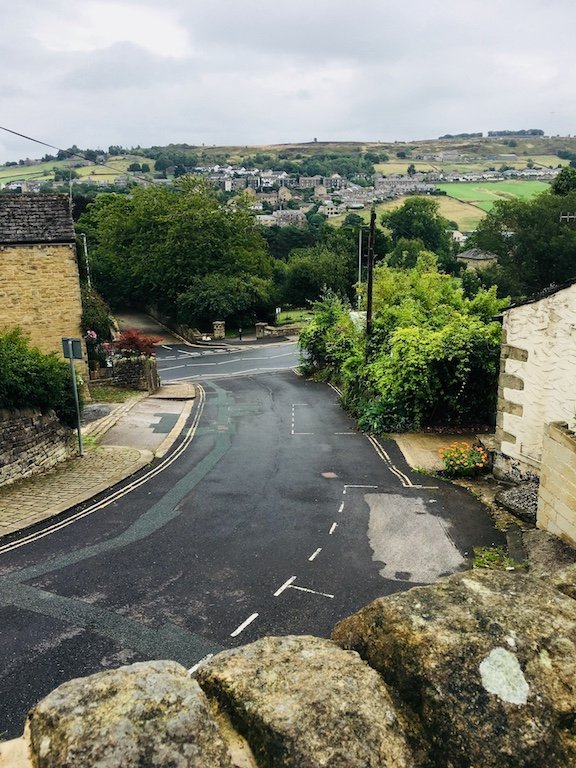 However, there its a brilliant park with a play are for children half way up the hill to the village. E loves this park, and there are some great views over the valley.

Haworth itself is a lovely place, consisting of a steep hill with shops on either side. There are lots of shops to explore. Antique shops, coffee shops, gift shops and pubs. Finally, at the top of the hill you can find the church and Bronte Parsonage, where the Bronte sisters lived. This is now a museum dedicated to their life and works. 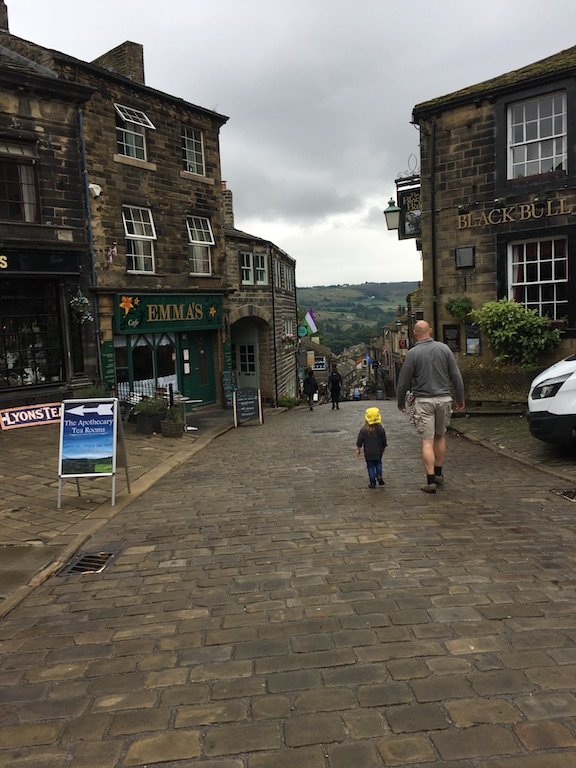 Haworth frequently hosts vintage and 40s weekends. As a result, if you are very fortunate, you may even get to witness a spitfire flyover!

Furthermore, from Haworth you can easily walk up onto the moors. See the place that was the inspiration for “Wuthering Heights”

Finally, the train arrives at Oxenhope. Here at the terminus you can find a shed full of locomotives, and more history of the line. You can catch a bus to Hebden Bridge. And the station here is also gas lit.

Most notable at Oxenhope there is a fully restored buffet car cafe, which is a brilliant place to stop for lunch or a snack.

The railway frequently hosts special events, such as a Santa Special leading up to Christmas, and Beer Festivals. Do see the official website for details.

On The Silver Screen

The Keighley and Worth Valley Railway has been used many times in film and television.

The most famous of it’s uses was in the 70s film ‘The Railway Children‘, which starred Jenny Agutter and Bernard Cribbins. Oakworth station was used extensively in filming. And the cast themselves stayed at some of the Inns with rooms in Haworth.

It has also been used in ‘Peaky Blinders‘ , in Pink Floyd’s ‘The Wall‘ and in the 2016 film ‘Swallows and Amazons‘.

We jumped on and off the different trains, walked up the hill to Haworth, played in the park and saw all that E was interested in. E was entranced at the trains, but not too impressed by their loud whistles!

It is such a great day out for railway, history and literature enthusiasts alike.

And love history? Find out why one of our favourite places to go is the wonderful Skipton Castle. 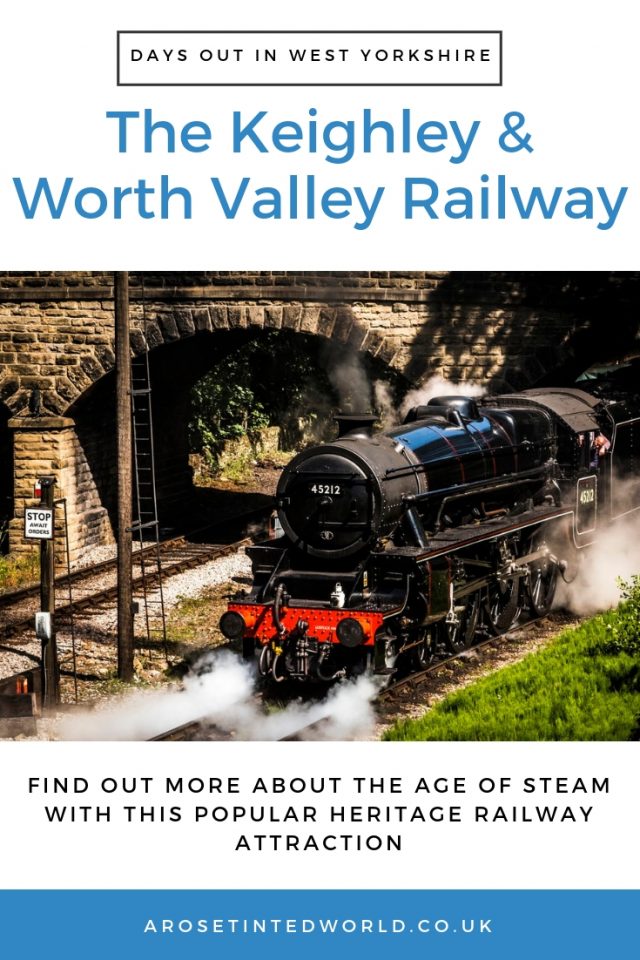