As an avid sewist, it would be very remiss of me not to get excited about the fact that The Great British Sewing Bee is back! After a 3 year gap (the last series was aired in 2016) the latest series started last night. But how does the new series look to be shaping up?

The Great British Sewing Bee is Back! 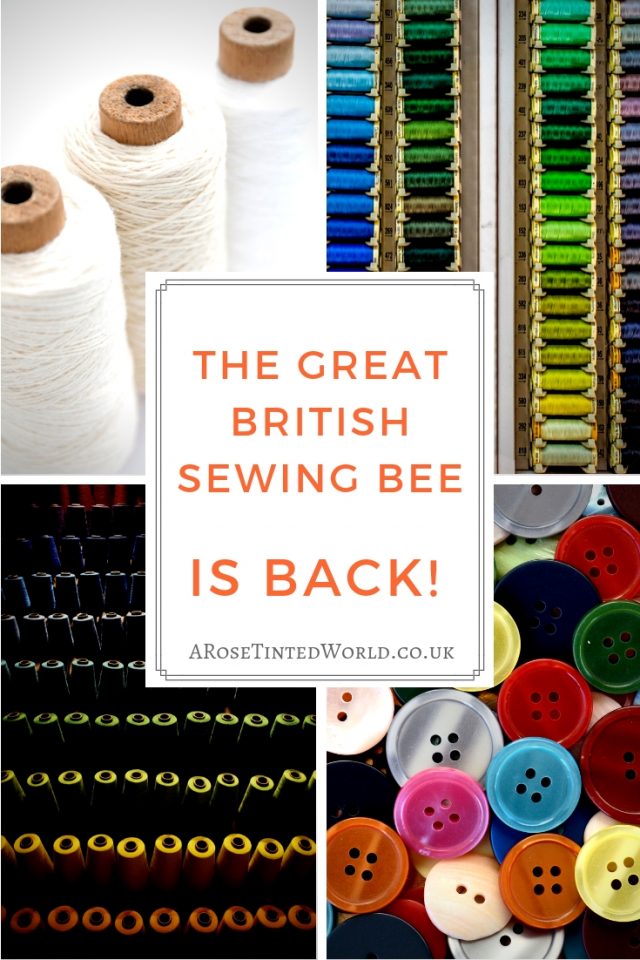 It has a New Presenter

Unsurprisingly considering her role on the primetime Strictly, Claudia Winkleman has moved on from this BBC2 favourite. Which initially made me feel a little sad, considering she has been with the programme since it first aired in 2013. I have always loved her presenting style, and she seemed to fit the chic and sassy vibe of the programme. But I was keen to see what the new presenter was like.

Joe Lycett seemed a little bit of a strange choice when he was first announced. First and foremost a comedian, he has appeared in standup and on comedy shows such as Taskmaster (our favourite programme) and 8 out of 10 Cats Does Countdown. In fact one of his most well known comedy pieces comes from Dictionary Corner, when he talks about how he contested a parking ticket.

Quick witted and incisive, I really looked forward to his presenting style.

And he did not disappoint. He has a really chatty style of presenting, and his humour is disarming. The clips showing his camaraderie with the contestants were lovely to see. And his banter with the judges was incredibly funny.

The Judges are Also Back

Patrick Grant has been with the programme right from the start. The Saville Row tailor has a wealth of experience and knowledge. Known for being fastidious over the standard of the garments that the Sewing Bee contestants produce, he has a keen eye for when a garment is out of balance or the work is not as perfect as it could be.

Esme Young is the other judge again. She became a judge in the last series, and quickly made her mark with her striking appearance and attention to detail. She made her name back in the 70s when she co-founded the fashion label Swanky Modes, with its signature body con dresses favoured by celebrities such as Cher and Julie Christie. But she now lectures at Central St Martins.

And the new contestants?

Home sewing has become really big business over the past few years. Not only as a hobby, but as a home economy too. The 10 top passionate amateur contestants this year must have been really difficult to choose, in fact, the judges have already said that they are the most accomplished sewers they have seen so far. 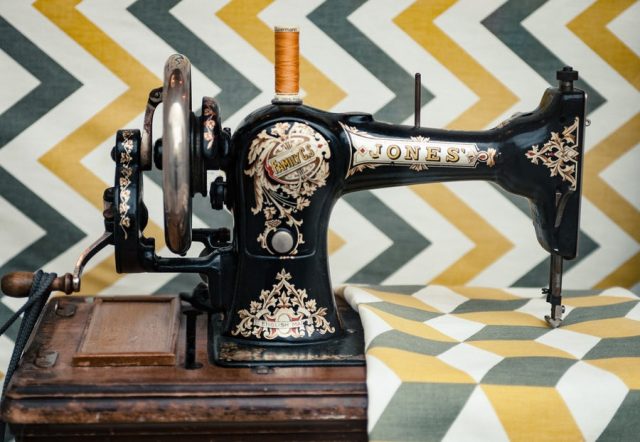 Past contestants have gone on to become big names in craft and sewing.

Will any of these 10 go on to greater heights?

The programme follows the same pattern as other programmes from the parent company, Love Productions, who also produce The Great British Bake Off and The Great Pottery Throw Down.( In fact, the fact that the Great British Sewing Bee is back gives me lots of hope that the pottery throw down may also return to our screens soon, as that is also a brilliant show! I even had a go not that long ago…)

Each week, contestants are given 3 challenges

This week the contestants were presented with the challenges of making a wiggle dress, the transformation challenge was to upcycle some denim garments into a new one, and the custom fitted garment was a jump suit.

And each week someone gets sent home. Who was it this week? I am not going to spoil it for you.

Our only criticism was the late start time. 9pm is not an ideal time for those of us who are usually by then tucked up in bed with a Horlicks. But it was still a great opening show. The Great British Sewing Bee is back! 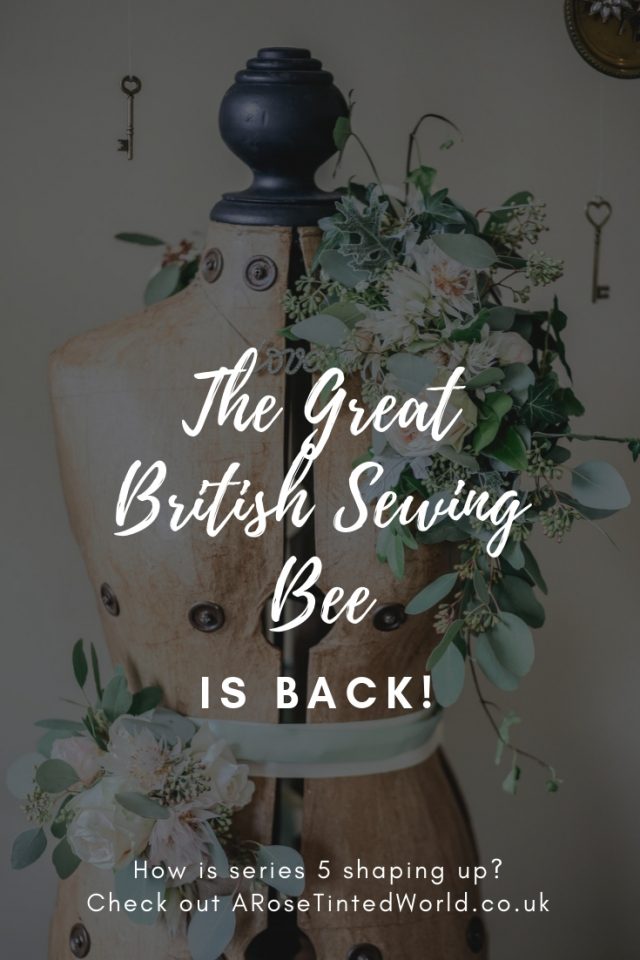 Enjoyed this? Why not read my review of the Sewing Bee final?

Or How I Began My Sewing Journey?

Or My Top Tips for Sewing With Stretch Fabrics? 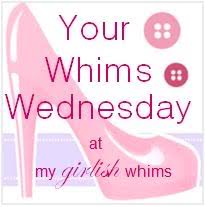 12 Replies to “The Great British Sewing Bee Is Back!”