Last week I wrote about how uptake for the smear test or pap test is at an all time low. More and more women are neglecting to go for their regular PAP tests. But this test is so important as it is a vital screening against cervical cancer. Maybe women are concerned about what will be next if something does come back from the test as abnormal? Well, here is the story of my abnormal smear and colposcopy that followed it.

My Abnormal Smear and Colposcopy 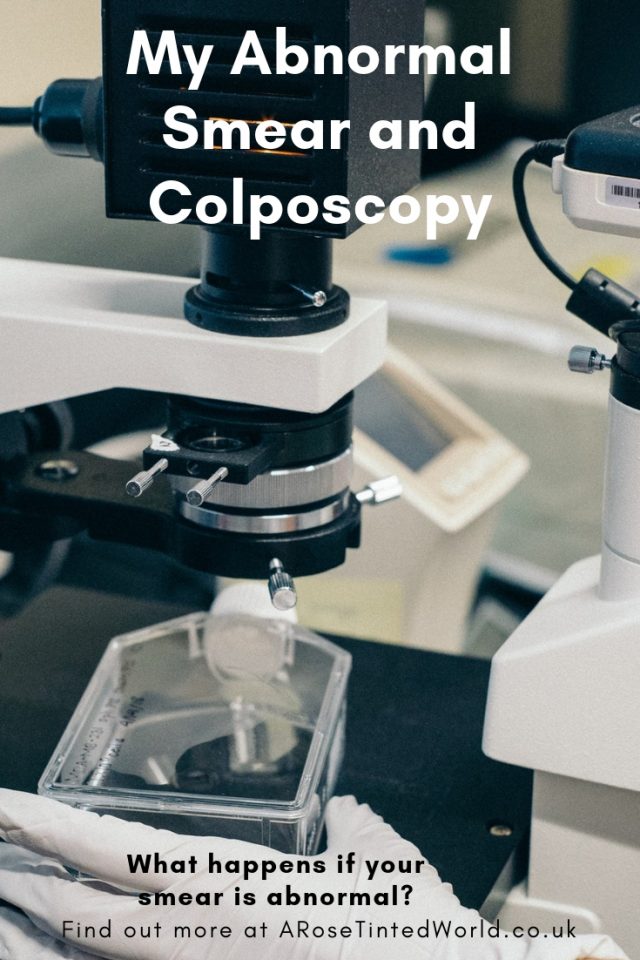 Back at the start of 2012 I got my regular reminder to go for my smear test. I wasn’t too happy about this. The last smear test that I had had done in 2007 was done by my old GP. And it had really hurt, she had been so rough. Also, she had told me that there was a bit of bleeding in my sample. But it had come back clear, so I wasn’t concerned about anything else.

The day of my test came and I went in to see the nurse. I was nervous, but just hoped that she would be more gentle than the GP last time. And I needn’t have worried because she was. But she seemed a little puzzled as she said that again there was a spot of blood in my sample. She called for a second nurse to come take a look at my cervix. And together they agreed that my cervix seemed to have what they called an ‘erosion’.

I went home and checked Dr Google. A cervical erosion in itself didn’t seem to be a problem. It could just be a sign that part of my cervix was covered in cells from inside my cervical canal (the canal between the cervix and the womb)

But then the letter came. My smear had come back abnormal. And I was asked to return for another test. Quite often, the cause for an abnormal smear is the HPV virus. And that was the case with myself. My test was positive for HPV.

My GP told me that I was going to be referred for a colposcopy. This procedure is when they look at the cervix in more detail to determine what treatment is needed after an abnormal smear.  So I waited for that appointment. 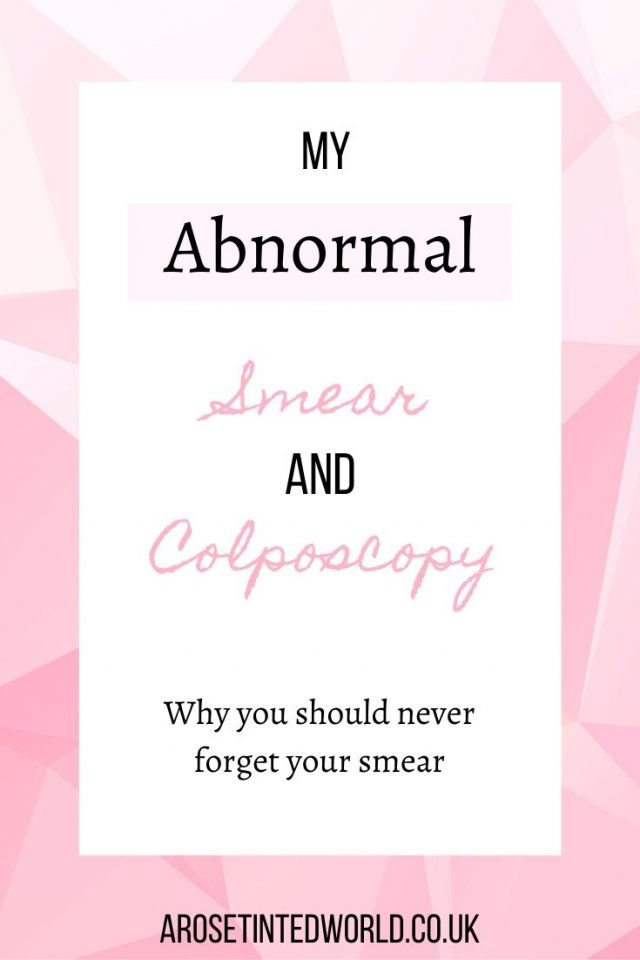 A few weeks later I sat with my mum in the waiting room of one of the local hospitals. I was called through and asked to change into a gown. A really kind nurse asked if I had any questions, but I hadn’t really. I just wanted the next few minutes over with.

They sat me in a special chair with my legs in supports. As with the smear test, a speculum was used so that the consultant could see my cervix clearly. But this time a camera was used with a colposcope attachment to see my cervix more clearly. I was amazed to see my cervix magnified up onto a tv screen in front of me!

I was shown the area of erosion on my cervix. Sure enough this was a clear ring of a different colour, as it was cells from inside my cervical canal. The consultant reassured me that this was relatively normal, and not a cause for concern. Though I may bleed between periods occasionally.

But my mouth went dry when he showed me a white patch of cells on the redder part of my cervix. He explained that this wasn’t really a good sign, and there was obviously some changes occurring in these cells. A biopsy of these cells would need to be taken. He would remove these cells using a hot sharp tool.

I steeled myself for some real pain, but was surprised not really to feel a lot of discomfort. I was told that this patch would be sent of as a biopsy for testing. And that I would get the results in about 4-6 weeks.

Sure enough, the next day I had really bad period-like cramps. And some brown spots of bleeding. But this went off within a few days. And when the results of the biopsy came back a few weeks later, they were pleased to tell me that the cells that they had removed were not precancerous.

Even after my abnormal smear and colposcopy, I have no hesitation in saying that I would always attend my smear tests. It is never as bad as the alternative.

Have you forgotten or failed a recent smear test appointment? Contact your GP now.

Why not pin this to remind you? 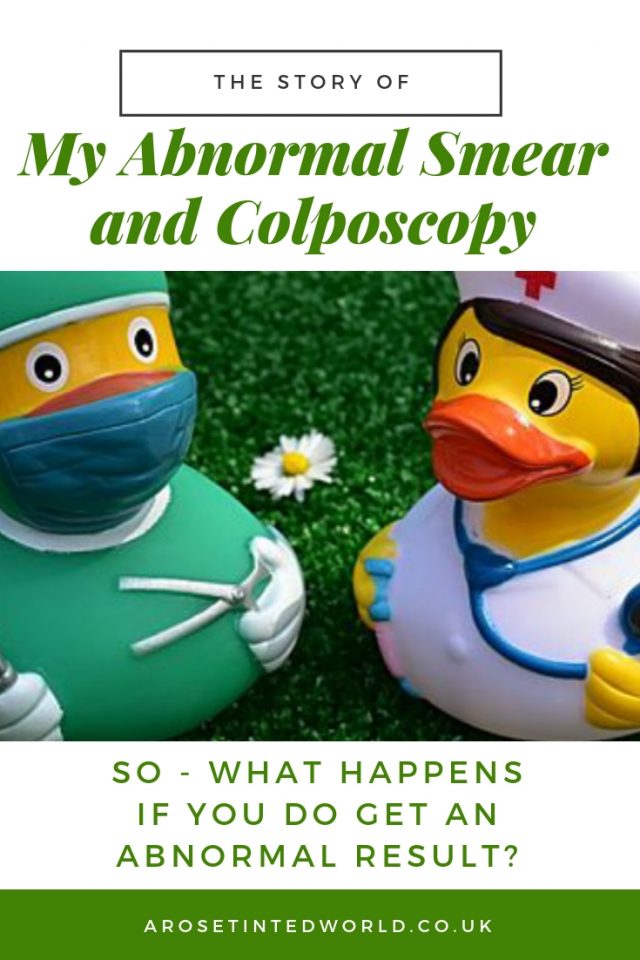 23 Replies to “My Abnormal Smear and Colposcopy”