This week Public Health England has launched a campaign at getting more women to attend their smear (PAP) tests. It has been revealed that the number of women failing to have a screening is at a 20-year high. Designed to give an indication of whether there are any abnormal or cancerous cells on a woman’s cervix, it has been shown that if everyone eligible went to their screening that a large proportion of cervical cancer could be prevented. So please – don’t forget your smear test! 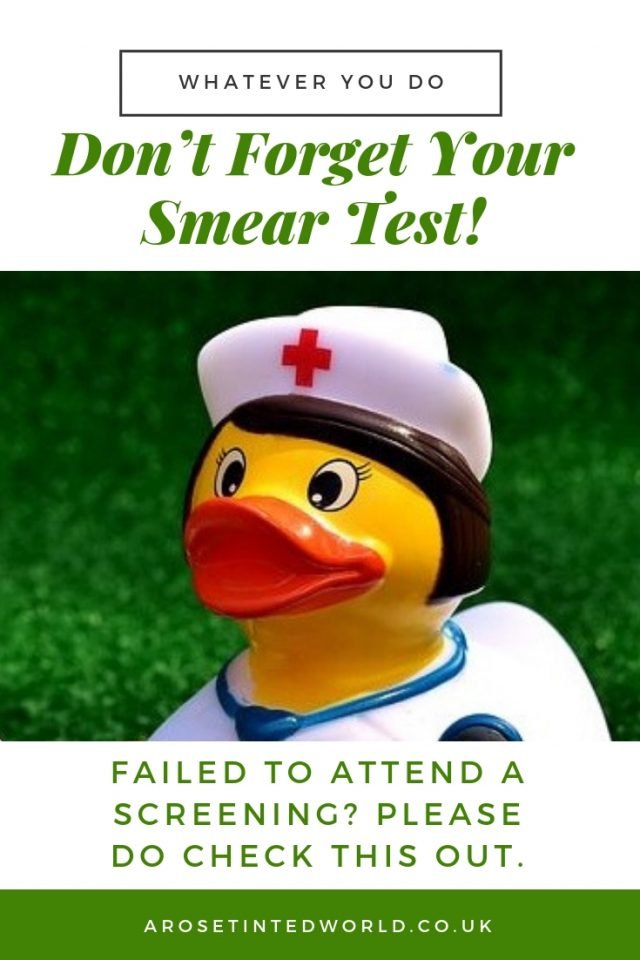 This month marks the tenth anniversary of the death of Jade Goody. A reality TV star, she rose to fame as one of the contestants on an early series of the Channel 4 programme Big Brother. But became so much more famous when she became ill.

She had her first abnormal smear at 16, and had the precancerous cells removed. But then she failed to attend a follow up, saying that she was ‘too scared’. Several further cancer scares occurred, until in August 2008 she was told that they had found cancerous cells once more. She went through a radical hysterectomy and chemotherapy, but sadly died in March 2009 at only 27.

After her death, there was a huge surge in requests for cervical cancer screening. The ‘Jade Goody Effect’ lasted a while, but now numbers are declining once more, and at a more alarming rate than ever.

Cervical cancer currently kills two people every day in England. Regular smear tests are available free on the NHS in the UK for all women between 25 and 64. Though there is argument that the screening age should be lowered.

If you have had a hysterectomy you will not need this.

What happens at a Smear Test?

You are asked to relax on a couch with your legs apart. Whilst it is quite understandable to be nervous, the more relaxed you can be, the easier the test is. The GP or practice nurse places a speculum ( A smooth metal tool) into the vagina and opens this up gently so that she can see the cervix. Then a soft brush is used to take a sample of cells from the cervix.

It is not the most comfortable thing in the world. But it is important to remember:

Do tell the person doing the test if you are anxious. The whole thing should take no more than a few minutes. And the results should be back within 2-3 weeks. You are usually sent a letter.

So Why Aren’t People Attending Their Smears?

One in four women are not going for their regular smears. This could be because they are

It is so important to attend your smear test, as it truly does prevent cancer!

If you think you may have been overlooked or are not sure when your last test was, contact your GP.

If you have any abnormal symptoms, pain or bleeding between periods or after sex, talk to your GP or practice nurse. Keep notes of when and what your symptoms are.

The majority of smear tests return a normal result, and even if they don’t there are options available. Try not to worry.

And If It Isn’t a Normal Result?

Back in 2012 I had an abnormal result, and the post here tells you how it was treated. (I also touch on it in this post about how I became pregnant at 43 ) I also needed further investigations when I was trying to get pregnant. But also, why not read this from Morgan – her cervical cancer story.

Have you ever forgotten or felt unable to attend a smear test? Has this post touched you in some way? Do let me know in the comments or via social media. 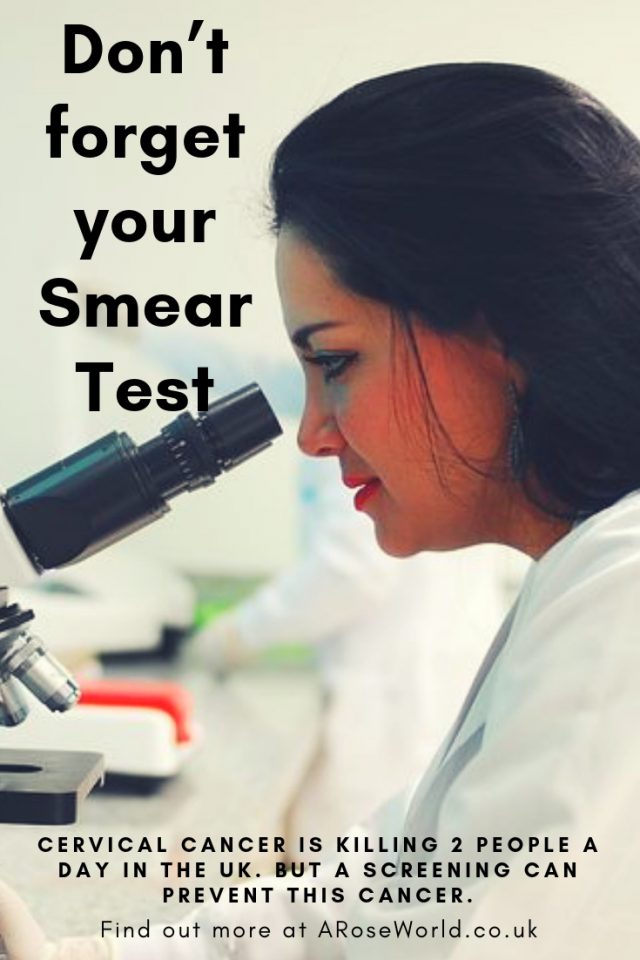 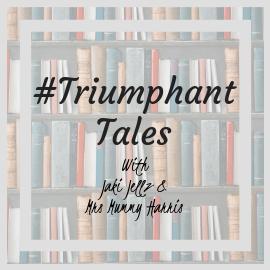