I love having things to look forward to. Planning ahead for the summer is one of my favourite things. Looking online recently whilst planning trips over the next few months I was struck by the fact that a lot of the places I have visited with my family over the past couple of years have been English Heritage sites. So here are some ideas for days out in Yorkshire with English Heritage.

Days Out In Yorkshire with English Heritage 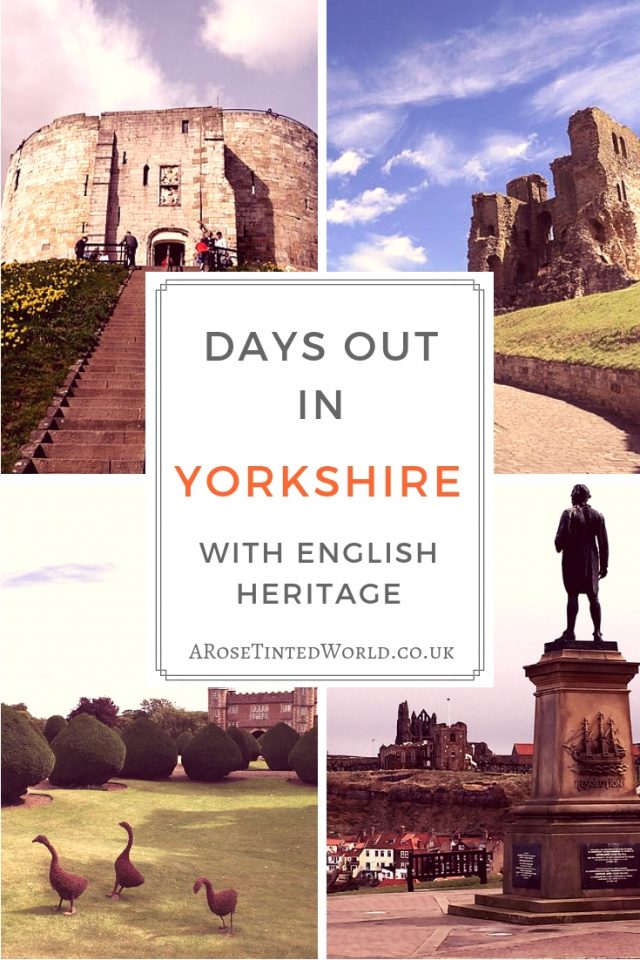 My gorgeous OH and I do love history. So museums, castles, abbeys and stately homes are definitely amongst our top places when choosing days out. And there are so many of these to choose from in Yorkshire.

Day out to York

York is one of our favourite places to visit. There is so much to do in and around this gorgeous historic city.

Clifford’s Tower is part of the original fortifications of York. Build in the 11th Century, the original wooden structure was sadly destroyed in 1190. During this period, there was a lot of discrimination against Jewish settlers in the city. The Jewish community were using the tower as a safe haven, when an angry mob stormed the hill. The Jewish families inside sadly committed mass suicide before the mob reached them, and the tower was burned down. However, it was rebuilt in stone, and used as a treasury and a prison.

Do be prepared to climb a lot of stairs! 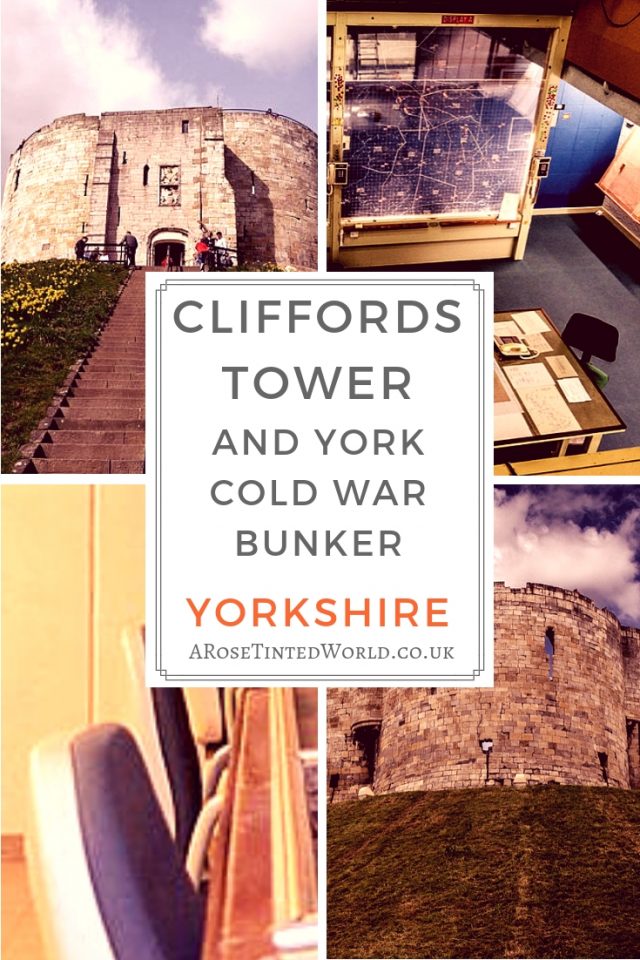 On the outskirts of York in Holgate, the Cold War Bunker is a chilling reminder of how close we came to nuclear war. Built in 1961, it was put here to monitor nuclear explosions and fallout in the event of war.

These attractions in York will only take a couple of hours or so. But if you read my post on A Day Trip To York you’ll see some of York’s other many attractions.

Day out to Whitby

Whitby, on the East Coast of Yorkshire is a beautiful fishing town. It has a gorgeous beach and harbour. Captain Cook sailed from here. It is famous for Whitby Jet, which came into favour when Queen Victoria used it during her mourning of Prince Albert. You could easily spend a day amongst its quaint shops. But its main claim to fame is that in 1890 its atmospheric locations inspired Bram Stoker when he was writing his famous gothic novel, Dracula.

High on the cliffs above the town, stand the remains of an abbey. 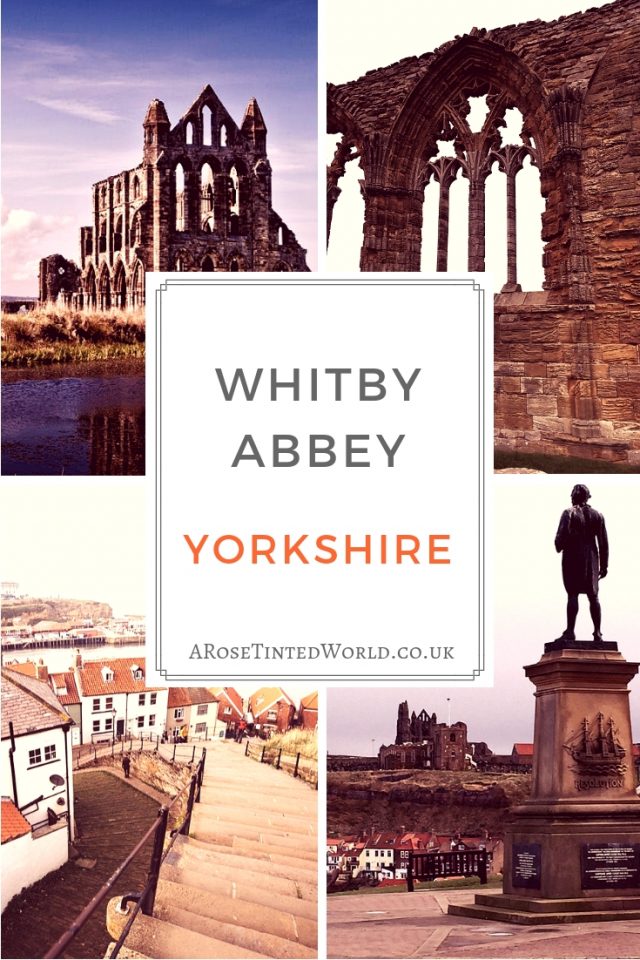 Whitby Abbey is a dramatic ruin, looking down upon the harbour from atop the South Cliff. The abbey was once an 11th century majestic Benedictine monastery, which itself stood upon a much earlier abbey. The first abbey here had been founded by an Anglian princess called Hild.

During Henry VIII’s dissolution, the monastery was stripped and fell into ruin. And during the first world war it was heavily shelled by German boats. But it is still a sight to behold, with its beautiful gothic arches and ornate carvings. A true masterpiece.

Again, be prepared to walk. You can park very close to the abbey itself, but to get to Whitby there are 199 steep stone steps.

Day out to Scarborough

Further down the East Coast of Yorkshire is the bustling seaside town of Scarbrough. A Spa town, it became a place to visit as far back as the 17th century. It was Britain’s first seaside resort.

Made even more popular by the railway line running into the town, it was the place to be. Both wealthy visitors from London and charabancs from the Bass Excursions came here to sample the spa waters and bathe on the sands.

But the towns foundations are built on the fact that it was an important headland. Bronze Age and Stone Age settlements have been discovered. The Romans built here in the 4th Century. And in the 12th Century, the headland promontory became home to a far more important building.

In 1130 a royal fortress was built on the headland. Henry II provided the charges for the town in 1155, meaning that a market could be held. It was an important stronghold against the Scots. The famous Scarborough Fair began. And Scarborough became a famous trading place all over Europe and beyond.

But during the English Civil War in 1645, the tower was attacked. Half the building collapsed, and the rest fell into disrepair and ruin. It was further heavily shelled in World War I when German warships attacked the East Coast.

Now the landscaped ruins are a great place to visit, with stunning views across the North Sea and over the towns two lovely bays.

Day Out to Bridlington

And slightly further down the East Coast from Scarborough is another smaller resort. The town of Bridlington also has a North and South bay with a central harbour.

The South Bay has a lovely long beach of golden sand. The North Bay has a promenade that leads onto a clifftop walk. You can walk along the cliffs on the North side to Flamborough, where there is a lighthouse. Past Flamborough is Bempton, where the cliffs are a nature reserve for protected birds such as puffins, gannets and guillemots. On the way to Flamborough is Danes Dyke, a man made bronze age ditch, which would have served as a boundary or defence to early settlers in the area. 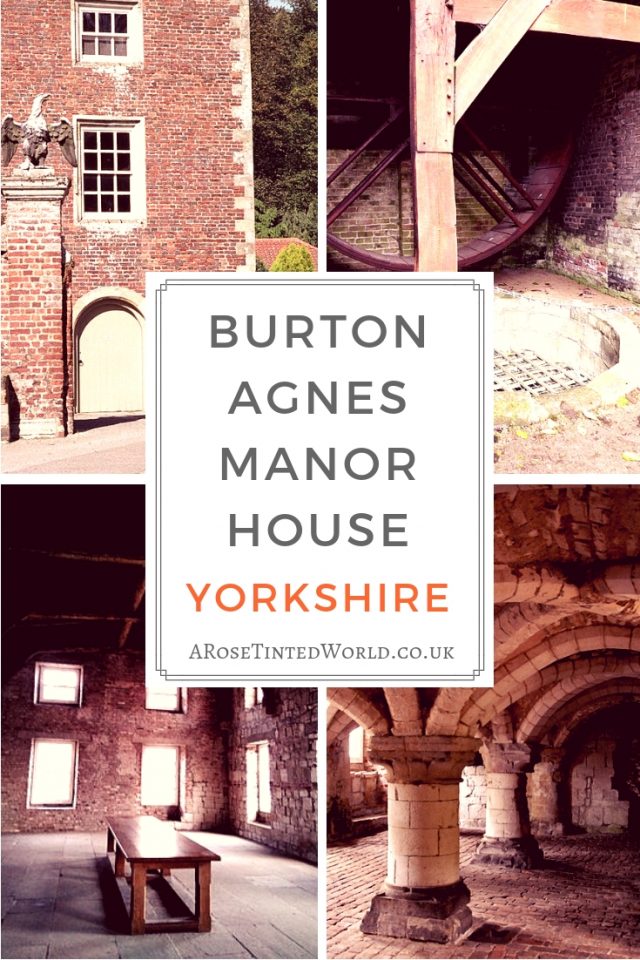 Just outside Bridlington, on the road to Leeds, lies Burton Agnes Manor House. Built in Norman times (circa 1170) the house and the nearby village were allegedly named for the daughter of the founder.

It has a Norman undercroft from its original time, with pillars and fornices. The main hall of the manor house was built a little later in the 15th century, and is just a simple large high vaulted room with its original timber roof.

In the 17th Century, the whole building was encased in brickwork, to match the new stately hall built right next door. The block was then used for laundry, with a large donkey wheel which drew water up from the well. The donkey wheel can still be seen.

(Please note – entrance to the Manor House is free. But you will need to pay for entrance to Burton Agnes Hall, which is not run by English Heritage. However, as the Hall and Gardens are a wonderful place to spend a day they are definitely worth the visit)

So there you have four brilliant plans for days out In Yorkshire with English Heritage. Do any of these take your fancy? Membership for English Heritage currently starts at £46. There is free entry for up to 6 children in the family (up to age 18) when they are with a member.

Enjoyed this? Why not read some of our other day out recommendations

A Trip To Sea Life Manchester

A Day Out To Bolton Abbey

or A Trip To York Railway Museum