Happy Left Handers Day! Yes, like most things now, lefties get their own day. As one of these rare people, I have a vested interest in carrying on the tradition of a special day to celebrate being left handed. But there are a lot of glib and very flimsy facts out there about being left handed. From saying that we are far more intelligent, to being better at sport, to being more creative. So what are some of the facts and myths surrounding us left handers? I decided to find out.

Being Left Handed – The Myths And The Facts 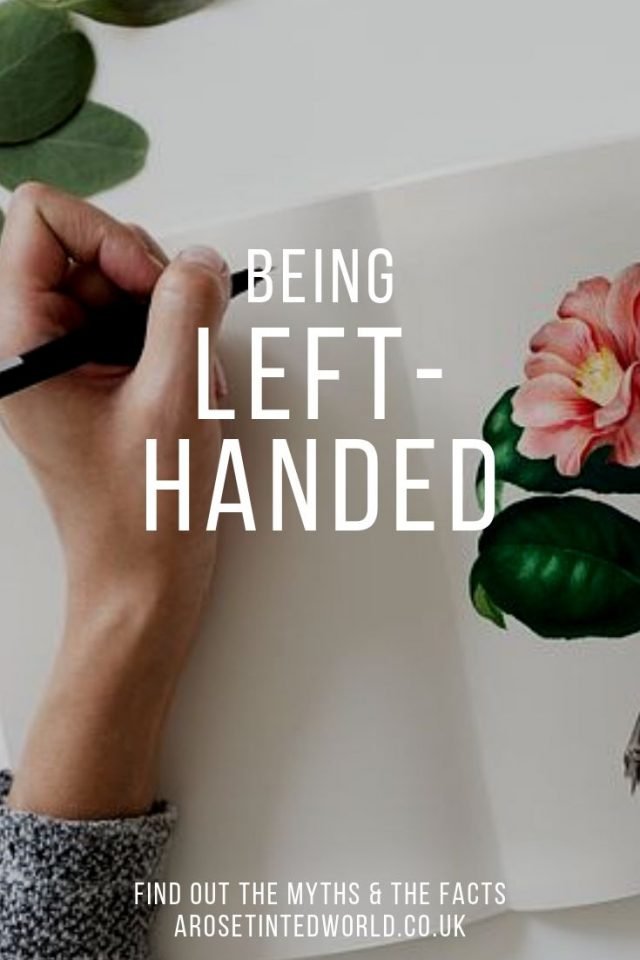 As a left hander, I have always thought of myself of being more adaptable. I have had to adapt to living in what is a predominantly right handed world. Because most of the world is set up for right-handers.

It has been just expected that I have to adapt in many ways as a Southpaw in a Northpaw world. I use my right hand to control a mouse, use my cutlery in a right-handed set-up, and have learnt to put my right hand out when meeting people to shake hands. Yes, I could have changed the world around me, but sometimes it is easier to just adapt and manage.

But as a dentist and dental student, it has often been hard to adapt to a right-handed set up in the surgery. Sometimes it has even been impossible for me to use the chair and surgery due to the way it is built.

Maybe us lefties complain too much though! What are some other facts and myths about being a leftie? There are so many myths out there. In fact, even whilst researching this I found many conflicting articles. So here are some definites.

Only 10 – 12% of the world’s population are left handed. So we are not complaining by saying that a right handed set up is a bit biased.

I was sad to discover this. The internet has perpetuated this myth as well. People that you may have always been told were lefties…actually may not have been. There is absolutely no evidence to say that Leonardo Da Vinci was a Left Hander. In fact the most recent evidence from the Uffizi gallery seems to suggest he could have been ambidextrous…

Other people touted as being lefties who were probably not include:-

It actually seems unlikely/debatable considering the next fact.

Fact – Being Left Handed has been stigmatised heavily through the ages

It is a fact that being left handed was forbidden and punished in the past. It is also true that culturally left-handedness is still forbidden in some areas of the world. You can understand it out in the Far East, where complex lettering calligraphy using real ink can be a problem. As a left hander it can be hard to adapt to real ink and fountain pens. You tend to smudge real ink unless you have adapted.  Plus the Chinese and Japanese culturally have more of a tendency to conform than rebel.

However, even in Western society being left handed was frowned upon too until only fairly recently.

Even language use has contributed to the bias against the left handed person.

The Latin for ‘left’ is ‘sinistre‘ –  left handers were looked on as being touched by the Devil. And sinister evolved into another word for evil. I’d have probably been burnt as a witch back in the day!

In Anglo Saxon the word ‘lyft‘ meant ‘weak‘. And even now in the German language ‘links’ means ‘left’ – and ‘linkisch‘ means ‘clumsy‘. The cheek of it!

In fact, a lot of the synonyms for being left handed are a bit insulting. Words like ‘gauche’, ‘buck-fisted’ and ‘cackhanded’. No wonder that throughout the ages people tended to conform to being the preferred norm – which was right-handed.

I prefer ‘sinistral’ to be honest!

Actually, the jury is out on this one. It is true that a left handed combateer had an advantage on a flat battlefield due to the differing stance and angles compared to fighting a right handed opponent. There is also a little bit of the element of surprise.

However, as the spiral staircase was more to facilitate a downward thrust of a right handed castle defender, it isn’t much of an advantage whichever hand you are using to attack the staircase. I wouldn’t want to be a left handed assailant!

Fact – Half Of Cats Are Left Handed

As a cat lover I love this one. But actually it just means that cats are just as likely to favour one paw than the other. Maybe because nobody has ever chastised them over doing so.

I did a huge sigh of relief when I was looking at this ‘fact’ that has been thrown out so often. It is totally untrue that left handers die 9 years before their right handed peers. Again, this data has been skewed by the fact that our elder population were more likely to say that they were right handed when they were not. Yes, there are some structural and chemical differences in left handed people, but these are not significant.

See here some other misconceptions about left-handedness and health

Out of the last 5 Presidents of the USA, 3 have been left handed. George H.W. Bush, Bill Clinton and Barack Obama were all presidents who wrote with their left hand.

And in the UK both the Queen Mother and Prince William are/were left handers.

But again, you cannot look at this as being proof that left handers are better leaders. The past has been skewed by the fact that our ancestors were encouraged/forced to be right handed. Only time will tell whether more left handers go on to leaders.

Fact – There are Lots Of Myths

The fact is that there is so much misinformation out there! When I was looking through other popular articles about famous left handed people and facts, I found so many mistakes. I would love to make the claim that being sinistral means that you are better at sport, more creative, and more intelligent. But unfortunately this just isn’t borne out.

All I can say is that you may still have to adapt to being a leftie in a right handed world, but there are still some brilliant things out there to help us left handers out.

As a sewist, it is great to know that there is an alternative. But again, I have adapted so well to using a right-handed pair!

I honestly did not know that these were a thing until my gorgeous OH came home with one from school. They help a left handed child develop the best pencil grip.

Now, I saw this and must admit I think it looks a bit crazy. Yes, you may have developed a style of writing when you do that ‘hooked hand thing’ that I have seen so many of my fellow lefties do. This pen may help.

But I actually just tilt the paper and write on a slant! Much easier. And I can still do calligraphy.

So what can you conclude from this? Don’t believe all that you read. And just be you. Whichever hand you prefer to use. 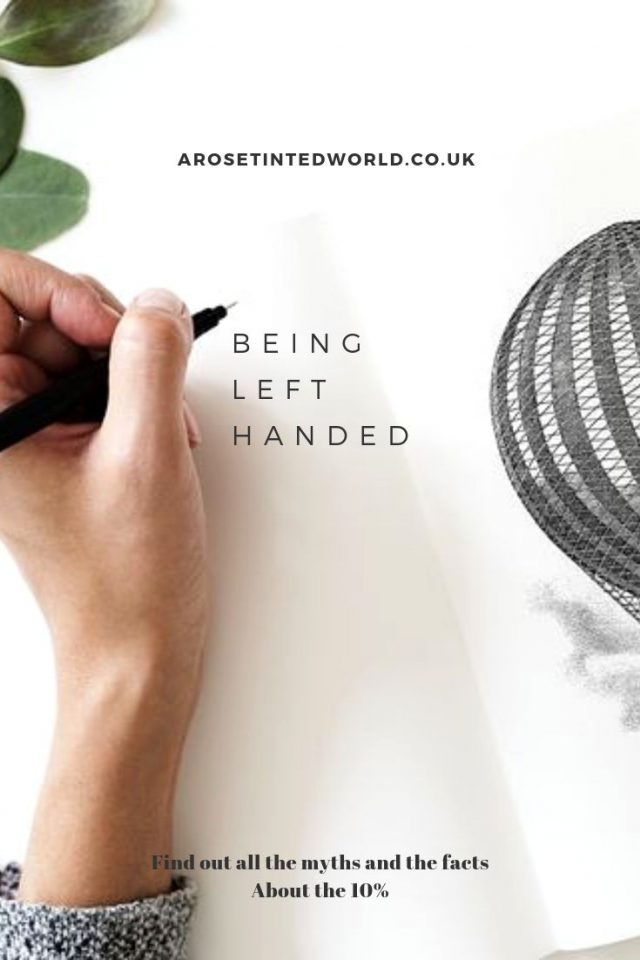 7 Replies to “Being Left Handed – The Myths And The Facts”