Well, here we are at the 21st of December! Getting close now. Welcome to the Rose Tinted Advent Calendar. Each day up to the big one I am going to try and bring you some festive feels.

But what is the other thing about today? It is the winter solstice. 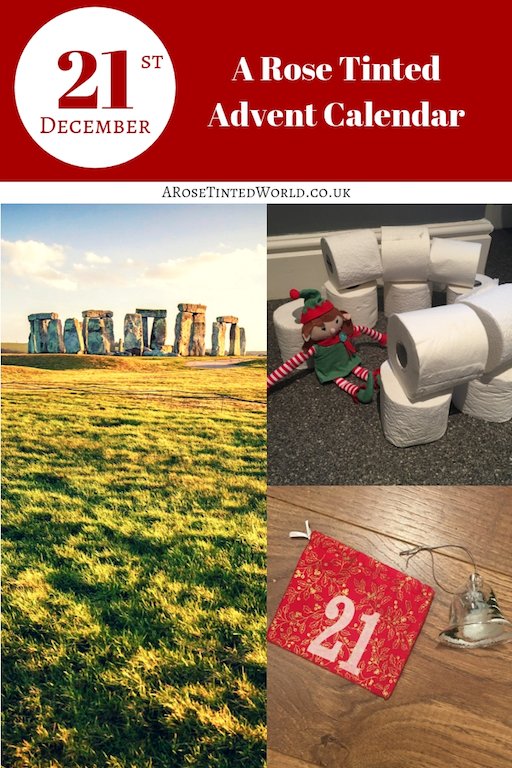 What was in the advent bag?

Today the Advent Bag contained a small winter bell. Winter Solstice is the shortest day of the year. Winter is in full flow now, but it also reminds us that the days are going to get longer! 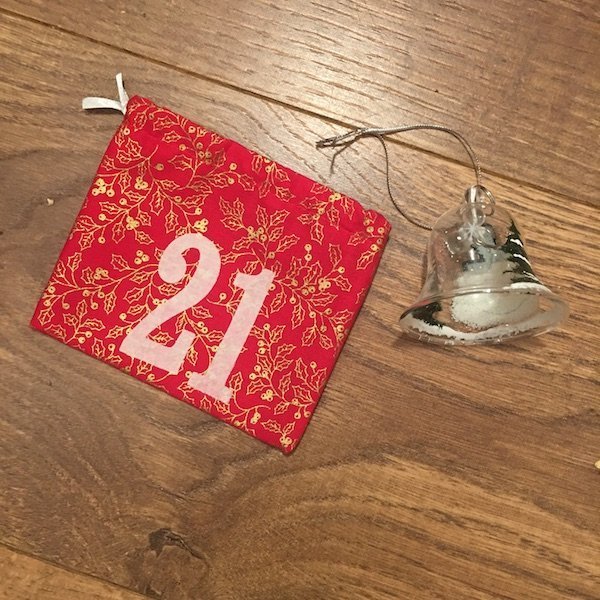 What is the Elf Doing?

Today the elf decided to make a kind of “Stonehenge” of the toilet rolls in the bathroom. 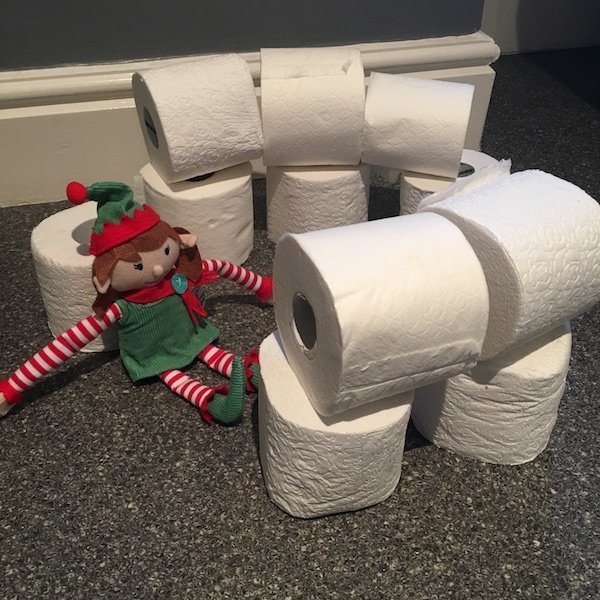 One of the most hallowed times was the winter solstice. The winter solstice is when the day is shortest, the sun rises late and sets early. The days after this start getting longer. Solstice was celebrated because it was the sign that spring was back on its way. 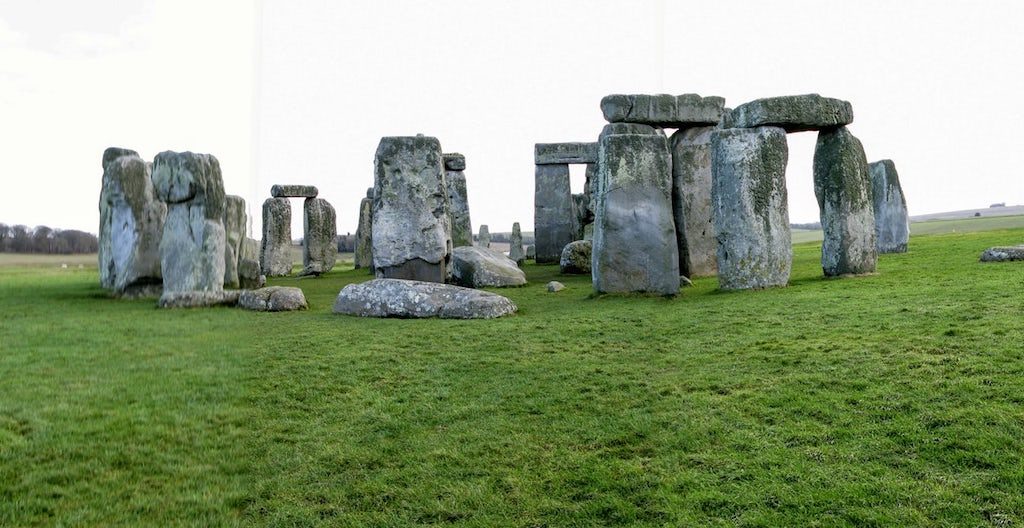 Stonehenge in the UK is thought to have been involved in celebrating the winter solstice. Animal bones nearby date the deaths of the animals to be around 9months old, so they were born in the spring, and sacrificed here in the winter. Some of the boulders align with the sunset of the winter and summer solstices. There is evidence that thousands of people came from as far away as Scotland to celebrate.

The rocks at Stonehenge have strange acoustic properties, because they almost ‘ring’ when struck. We can only surmise if this was part of their use. But the monument continues to fascinate and inspire.

Rather like the way that Father Christmas and St Nicholas (Santa) evolved, so did the pagan festivals and Christmas merge.

Winter solstice in Scandinavia was called Yule. The ancient Romans also celebrated around the same time as the winter solstice, in a festival known as Saturnalia.

It seems likely, that as Christianity moved through Europe that it was merged with the local festivals. People take to a new religion more easily if it is celebrated at the same time as the old. Christmas became the new festival.

Holly, mistletoe, and even carols were all part of the old pagan festival. Hence, they were incorporated into the new one. So next time you are singing some of the lovely songs around at Christmas, remember that you are also celebrating in the same way as our ancestors did all those years ago!

The Music of the Day

Is “Solstice Bells” by Jethro Tull.

Have a wonderful solstice and a fabulous 21st of December. Most of all, remember that the days are getting longer now!

Enjoyed this? Why not read my post on Christmas Gift Experiences.?

Or finally, because it is the season of goodwill, why not Give Kindness This Christmas?