Only 2 more weeks to go! Here we are at the 11th of December, and the next day of my Rose Tinted Advent Calendar. Bringing you a Ho Ho Ho instead of a No No No! 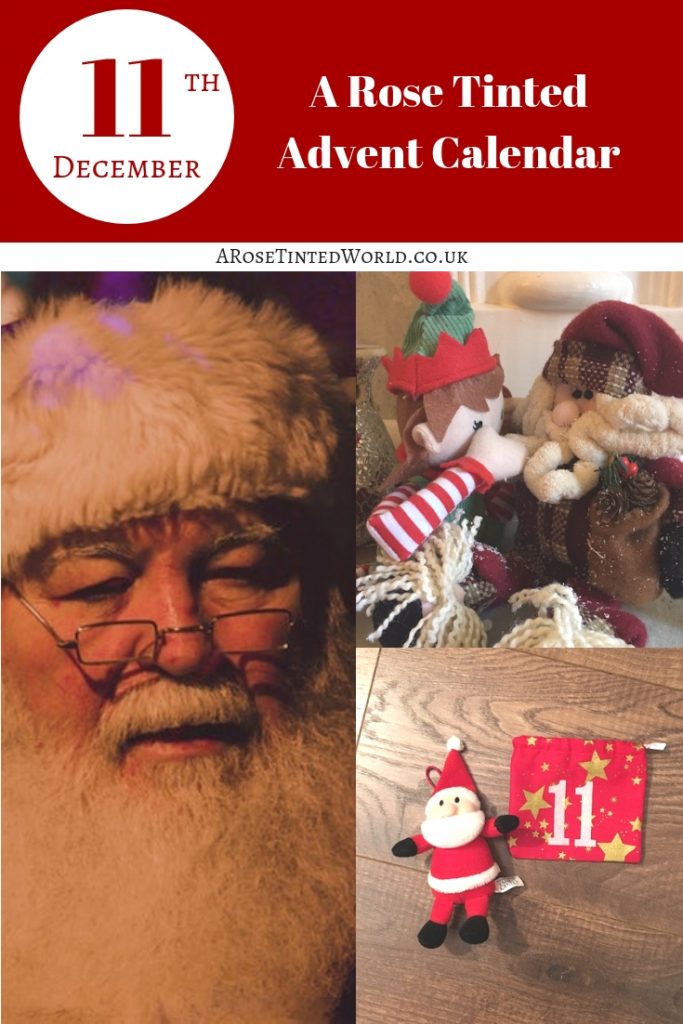 In the Advent Bag

Today, there is a small Santa Claus Decoration in the Advent Bag. These have always been Elizabeth’s favourites. This one came as part of a Yankee Candle set that I received many years ago. So cute. 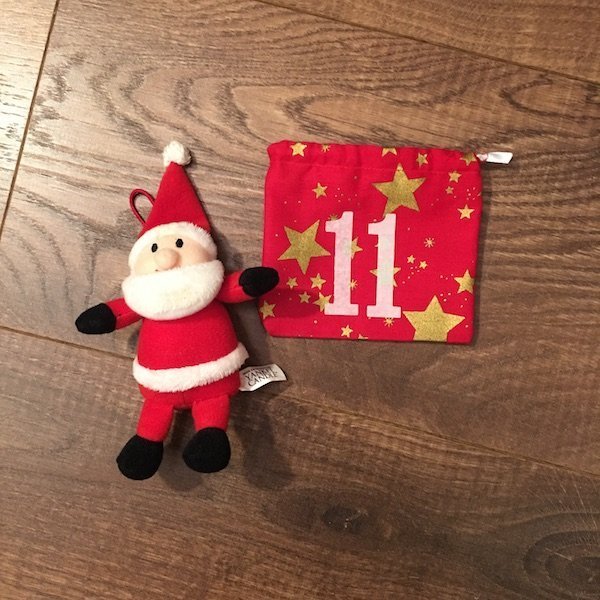 Where is the Elf Hiding Today?

Today the Elf is having a word with Santa. She is obviously concerned over the behaviour of one of the occupants of the house. I hope Santa isn’t adjusting his naughty/nice list?! 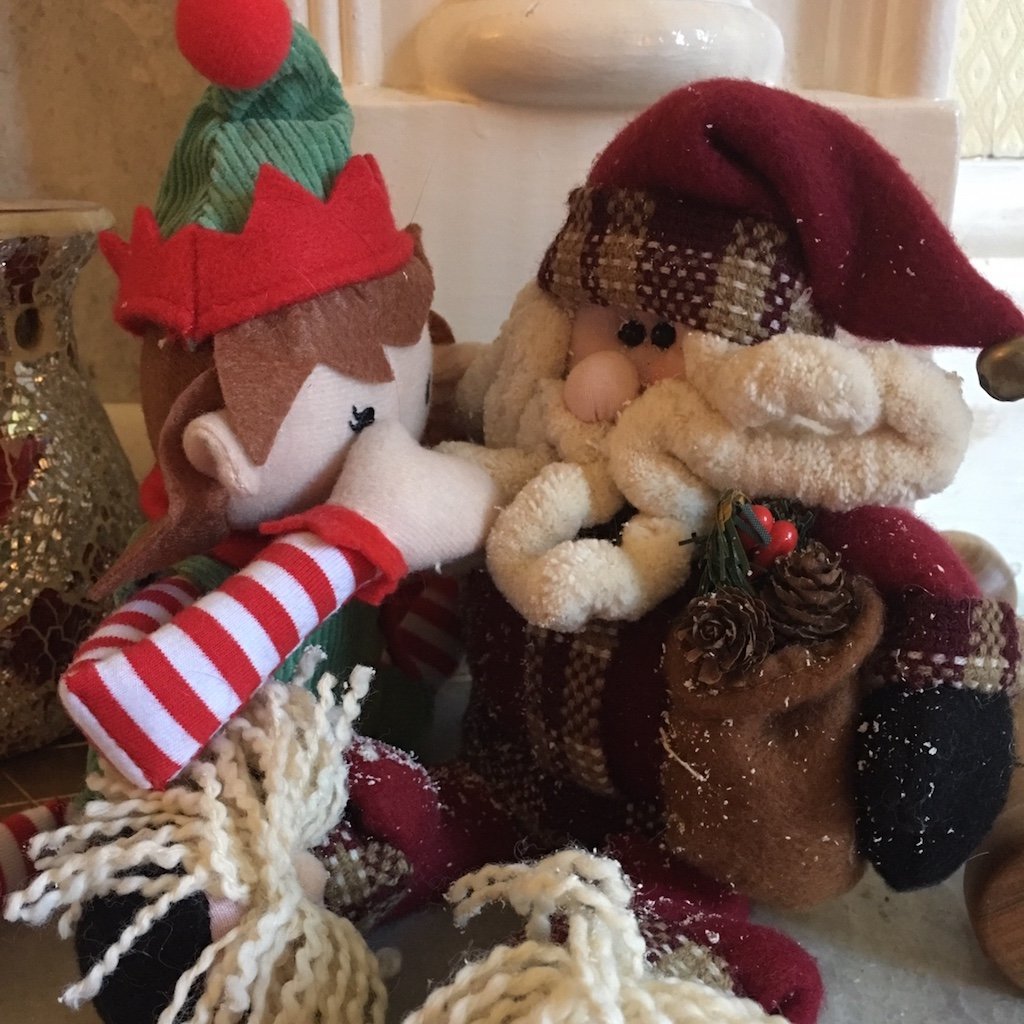 The Truth Behind Santa

Santa Claus is such an interesting figure, that it seems wrong to not dig out some facts behind the man.

In fact, Santa Claus is a name derived from St Nicholas, a Greek Christian bishop who lived in Myra (which is now in modern day Turkey). He was renowned for being generous to good people, and once threw gold through the windows of 3 sisters in order to prevent them from having to become prostitutes.

St Nicholas’s feast day is the 6th of December, and is still celebrated in some of Europe as such. When the Dutch colonists sailed to America and colonised New Amsterdam (now New York), they took their traditions of “Sinter Klaas” with them.

Father Christmas actually is a totally separate entity derived from the pagan Yule feasts. In Scandinavian and Germanic history, the god Odin was said to ride around at Yuletide with an eight legged horse (now signified by eight reindeer?) , and he had two ravens that listened at chimneys to find out if people had been good or bad before leaving presents. Sound familiar?

Yuletide (or the winter solstice) is much closer to December the 25th than St Nicholas’s Day, but as time went on paganism was overtaken and incorporated into the Christian Church. Yuletide became more associated with Christmas. The Father Christmas and St Nicholas figures blended more in the cultures of each country to become one holiday. Though in a lot of Europe two feasts are still held.

In Germany he is called ChristKindl – Martin Luther decided during the reformation that he wanted to rid his country of Roman Catholic traditions, so he replaced St Nicholas with an angelic child who would bring presents. Over time ChristKindle became the Weihnachtsmann, or Kris Kringle in the US.

Other names around the world include Aba Chaghaloo in Afghanistan, Babadimri in Albania, Pere Noel in France and Belgium, Dun Che Lao Ren in China, Jultomten in Sweden, and Vader Kersfees in South Africa 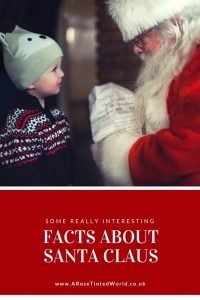 Early drawings and paintings of St Nicholas had him wearing a green, blue or even purple cloaks. See these wonderful old Scandinavian Christmas cards over at Picture Box Blue.

Even once he had travelled over to New Amsterdam with the Colonists, “Sinter Klaas” was often seen with a pipe and a green coat. The newly renamed Santa Claus was first penned in American literature in the 1770s.

But in 1823 “A Visit From St Nicholas” was written by Clement C.Moore. “Twas the Night Before Christmas” took the figure of Santa and painted a full picture of a jolly old fellow. For the very first time he was depicted as travelling around with his eight reindeer and sleigh, leaving presents by climbing down the chimney.

And then Thomas Nast illustrated the poem years later, and Santa was shown in a red outfit, with white beard and trim. This became such a popular and widely distributed image that it was fully accepted as the true form of Santa. And the rest is history! 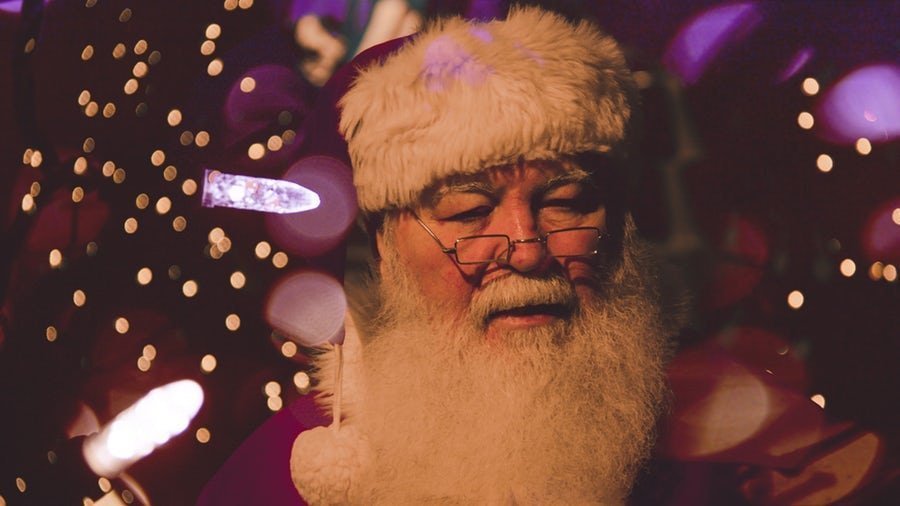 I believed this was true until I read about Thomas Nast’s work, which was almost 60 years before Coca Cola made Santa part of their advertising campaigns. It is a proper urban myth.

But I do believe in Father Christmas….which brings me nicely on to the

Music Of The Day

Which you may have guessed is Greg Lake. Enjoy!

Well, hope you have a great 11th of December. See you tomorrow for more advent fun. And I’m cooking!

Enjoyed this? Well why not read my other Advent posts?

Got a Christmas party to go to? Why not read my guides How to stay safe when out drinking?and How to prevent/treat a hangover?

9 Replies to “11th of December – A Rose Tinted Advent Calendar”